About Us
Our mission is to bring to market products made from ingredients that are clean, safe, effective, natural, and cruelty-free. We are committed to the circular economy in every aspect of our work, from our low-carbon footprint growth and harvesting process, to our selection of ingredients and packaging materials. 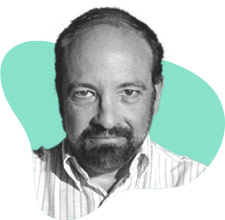 Rocco Mancinelli has over 25 years of technology expertise in the area of bio-production and processing. He has served on numerous corporate as well as U.S. government, state, local, and non-U.S. government advisory boards at various consulting roles. He is a co-founder, inventor, and CEO of HelioBioSys. He is also a Senior Research Scientist with the Bay Area Environmental Research Institute and a founding member of NASA’s Synthetic Biology Program. Mancinelli has published over 100 peer-reviewed papers in journals ranging from Nature to Applied and Environmental Microbiology and is the Editor-In-Chief of the International Journal of Astrobiology (Cambridge University Press).

Mancinelli has been awarded a National Academy of Sciences Research Fellowship, the Antarctic Service medal, and a Sigma Xi research fellowship. He has been elected Fellow of the California Academy of Sciences, Fellow of the Explorers Club, as well as elected to Sigma Xi, the honorary science society. He is also a member of the American Society for Microbiology, the American Association for the Advancement of Science, American Society for Photobiology, the International Society for the Study of the Origin of Life, Soil Science Society of America, American Geophysical Union, International Society for Microbial Ecology, and the European Astrobiology Network Association.

Mancinelli was awarded his Ph.D., M.A., and B.A. from the University of Colorado, Boulder. 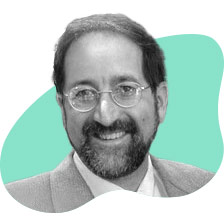 David Smernoff spent 20 years at NASA Ames Research Center developing and managing research systems to study the interaction between organisms and their environment. His research focused on the integration of biological and engineered systems to support human life on long-duration space missions. These systems rely on understanding underlying biological processes coupled with management of the environmental conditions that support the intersection of metabolism with human goals. He has translated this experience into his role as a co-founder, inventor, and CTO of HelioBioSys.

Smernoff has extensive experience in government and nonprofit organizational management, including serving as an elected official on the Board of Directors of the Midpeninsula Regional Open Space District and the Los Trancos County Water District. He is a co-founder, Board Member, and former Executive Director of Acterra and Grassroots Ecology, nonprofit organizations focused on climate change solutions and community-based land stewardship. He also serves on the Stanford University Jasper Ridge Coordinating Committee.

Smernoff received his Bachelors of Science from Colorado State University, Masters in Environmental Management from University of San Francisco, and his Doctorate from Stanford University. 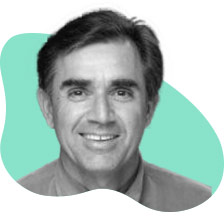 Greg Bohlmann is a business development professional with over 10 years of business experience in the industrial biotechnology industry. Until recently, he served as Director of Biochemical Business Development at DuPont Industrial Biosciences (formerly Genencor) where he developed key business elements for commercialization of new products coming out of the laboratory. Prior to joining Genencor/DuPont, he provided market research and technoeconomic studies to clients as a consultant with SRI Consulting. His role at HelioBioSys is to assist with business development strategies, engage with potential investors and partners, and to conduct technoeconomic analysis of our processes. 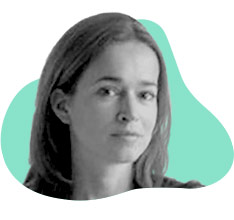 Marie Dufour is a senior executive with a 20-year international career in marketing in the beauty industry on mass market and prestige brands in Europe and in the US. She is an expert in both strategic brand development and operational business and was Director of Global Marketing at Algenist. Her role at HelioBioSys is to advise on the product development, marketing, and commercialization aspects of the project. 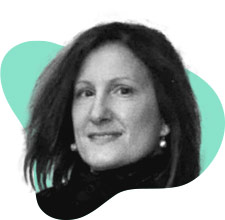 Ms. Laura Draxler MBA, MSE, is Founder/CEO at The CodeLab, and has led technology teams in the clean tech, software, and biotech industries and brings experience in organizational management, partnership strategies, and bringing products to the market. 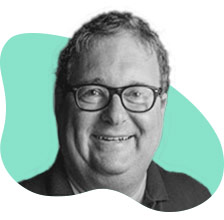 Mr. Dan Gordon, Dipl. Ing., has launched several businesses including restaurants and a highly successful brewery. His managerial, operational, and customer support skills will supportus as we develop and launch our brand.

Compositions and Methods for Culturing Microorganisms

In February 2020 HelioBioSys was awarded a National Science Foundation Phase I STTR grant to conduct outdoor cultivation at the AzCATI facility in Mesa Arizona, and to isolate, characterize, and purify mycosporine-like amino acids. The grant explores a novel purification process that could enable an economically viable recovery process for these valuable compounds.

In 2018 HelioBioSys was awarded a Bioprocessing Separations Consortium grant from the U.S. Department of Energy to further refine purification processes for extracellular polysaccharides (EPS) material, as well as other metabolites of interest. We conducted both indoor and outdoor cultivation and scaled up separation in larger tangential flow filtration systems. We isolated both EPS and phycocyanins from the cultures and demonstrated improved recovery, completed a full chemical analysis of the EPS material, and prepared samples for safety and efficacy testing by an accredited outside laboratory. 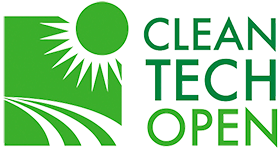 HelioBioSys was a Western Regional Semifinalist in the 2013 CleanTech Open Business Accelerator.

HelioBioSys was named one of the Next 50 Companies to Disrupt the World by the Advanced Bioeconomy Leadership Conference on Next-Gen Technology in 2019.

In 2016 HelioBioSys was awarded Small Business Vouchers Pilot from the U.S. Department of Energy to simultaneously optimize and scale up upstream and downstream processes leading to the commercialization of the production of various metabolites derived from our consortium of cyanobacteria. We demonstrated stable growth of the culture for 6 months at the 1000L scale in indoor raceway ponds. The materials were processed by centrifugation and tangential flow filtration to purify the EPS and begin partial characterization of those materials.

HelioBioSys won the Gold Medal at the Showcase for Planetary Sustainability in 2014.

HelioBioSys was a finalist in the 2013 NREL Industry Growth Forum held in Denver, CO.

We’d love to hear from you